Tom Bigglestone: "It’s crucial this [p4c] happens in schools because they might not get this chance in other areas of their life."

The Philosophy Man is one of the projects I follow on social media (twitter, mostly). If you visit Jason and Tom's website, you can take a look on their work and their resources to work with kids, in a P4C way.  Also you can subscribe the weekly e-mail with info and resources about #p4c.

Tom Bigglestone [tom@thephilosophyman.com] spared me some of his precious time, answering some questions - couldn't thank you more, Tom!

Tom first heard about P4C when he arrived at Channing School in Highgate: "I was appointed Head of Religious Education, but also had ‘philosophy’ as a weekly session on my timetable. I had a degree in Philosophy from Durham, but had never been it on a school syllabus."

So, how did you started working with p4c? "After muddling my way through the first few weeks, I attended a course on it and everything became much clearer. I became instantly ‘on-board’ with the enquiry process and it soon developed into my favourite lesson of the week. Since then, I continued to take the classes, and develop a curriculum for P4C as well as helping other staff to embed it in their lessons. I did the same at my next school, all while taking several other courses myself. In 2014 I completed a Walter Hines-Page Scholarship in New Jersey, where P4C began. I wanted to research the role of assessment in P4C and how - if appropriate – we can make better use of classroom assessment techniques to generate progress. I came back with enough data to write a book, and until I do, I’m incorporating my findings in my practice and training, which I deliver as part of The Philosophy Man."

Do you think p4c is necessary to children? Why? "It’s vital. I could write for paragraphs on why it’s so important, but I’d be regurgitating what most already know and think about P4C. So I’ll try to boil it down to one thing: Philosophy can be applied to every area of life – from politics to to personal relationships. We make decisions every day, and will do so for the rest of our lives. Philosophy helps us make wise decisions, based on reason and consideration. Wise decisions are what makes the world a better place."

Nowadays children have a lot of activities at school and after school. Why should we take philosophy to schools? "One can make decisions, but it’s another thing to express them.

Having P4C in school helps children find their voice, and in turn, listen to other voices. Today’s generation of children are the first in history to grow up competing for attention with a technological device. Competing for their parents’ attention, their friends’ attention, or even struggling to give their own attention to something other than a screen. P4C makes them present in the moment and causes them to be responsive to what’s being said there and then. It’s crucial this happens in schools because they might not get this chance in other areas of their life."

…and I couldn’t agree more. I think the first one is particularly important for doing P4C in schools. A philosophical question, to be worth pursuing, should matter. Tackling it should have some consequence – whether that’s helping the philosopher develop a skill, or helping them think more clearly about an issue. If a question is too broad, or abstract, pupils can lose interest and struggle to make any headway. “Is nothing something” is an interesting whim, but without careful facilitation there isn’t much to grab on to. It would be the role of the teacher to help pupils bring a question like this into the real world. Perhaps relating it to a more accessible concept like boredom, or empty space."

What’s the biggest challenge p4c faces, nowadays? "In terms of its use in the classroom, it depends on the educational environment, and this will vary from country to country. My gut instinct is to parrot the line about living in a ‘post-truth’ world, and that rigorous dissection of argument in age of fake-news’ and political spin is more important than ever before. Whilst this is crucial, this approach seems to ignore the fact there’s never really been a ‘truth world’. Information sources have always had bias, politicians have always added spin. So it wouldn’t really be responding to the ‘nowadays’ part of your question. It’s probably the amount of ideas competing for teachers’ attention. There are so many new and fresh approaches to education. Many of them lead to big gains in the classroom, perhaps others less so. It’s a matter of opinion on each. What is undeniable is the amount of CPD (Continuing Professional Development) opportunities available for teachers, and when I was full-time in the classroom it certainly left me feeling bombarded at times.

P4C is one approach that has a proven record of success and makes a meaningful difference on helping young people flourish. It’s a discipline that has shaped thousands of years of human progress. It should be put at the heart of the curriculum, but unfortunately remains an ‘approach.’ In this context, I think it’s biggest challenge is to maintain at the forefront of school development plans and not find itself squeezed out by other ideas and approaches."

For Tom, "there’s lots [of advices to help teachers and parents to help them deal with the children's questions] I could say here, so I’ll keep it brief. One piece of advice would be to make pupils aware that P4C is different from other lessons, in that there is not a ‘right’ answer the adult is looking for. Doing P4C isn’t a game of ‘snap’ – where they’re looking to find the answer the adult has. Rather, it is a place for genuinely open discussion where there can be several competing answers. As P4C practitioners, we are aware of this, but I think more can be done to communicate this to the pupils. There’s a risk when embedding P4C in the curriculum, especially on ‘well-being based’ subjects dealing with personal, health and social issues, that the children don’t know when they’re able to speak their mind, and when they are answering a question that has the illusion of openness, but has a recommended answer."

Can you share a question that surprised you? "One of my favourites was early in my teaching career. My group chose a question on gender stereotypes and toys – a very pertinent issue. There was a gap between the question choosing and the enquiry, so in preparation for our discussion, I spent hours scouring the internet for articles, news-clips and talking heads, all to stimulate the discussion and provide thought provoking new angles, if we needed them. The scene was set for an all-singing, all-dancing discussion.

During the register, one girl in the front row turned to a friend, seemingly oblivious to the silence in the room, and said: “You know we were talking about stereotypes last week?”

“I’ve been wondering… Are stereotypes formed then spread, or spread then formed?”

That symbolised was the death knell for my planning as the question quickly captured the attention of the class and lasted the whole lesson. I remained largely out of view, frantically scribbling their points down. The discussion was brilliant. It was spontaneous, organic, and most importantly, it was theirs. This may not have been the most surprising question, but certainly one of the most memorable." 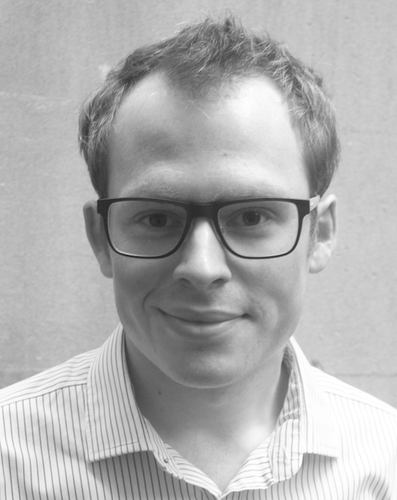 bolds are my responsability