Nick Chandley: "I think many would agree that developing critical and creative thinkers is the main aim of education, along with encouraging children to become good citizens."

I met Nick Chandley on twitter. I was at one of my classes and we were talking about a document signed by Nick. I had a doubt about one thing I read on that document. I looked down and found that Nick had a twitter profile. I send him a tweet with my question and he replied, minutes later. Since then I follow him on twitter. I challenged Nick to give me some answers and he said yes. Thank you, Nick!

Take a look at Philosophy for Schools.

"I was a teacher in a primary school but had been seconded out to a small, very creative team of teachers working across 9 schools, from a nursery to a secondary school. I went on a Level 1 course in the UK and immediately connected with it as I felt that the P4C way was the type of teacher I already was and had always wanted to be." So, how did you started working with p4c? "I took it back to my schools immediately and they all loved it too so my employers decided it would be good to have a trainer in the local area and encouraged me to attend the various courses and complete the coursework. I became a trainer in 2006 and have been incredibly lucky to have spent my time since then taking P4C into schools."

Do you think p4c is necessary to children? Why? "Yes, I do. John Holt wrote over 50 years ago that the world is changing at such an incredible pace that we need to do all we can to develop our children as thinkers as we couldn’t hope to give them all the knowledge they’ll need when they try and enter the workplace. I think many would agree that developing critical and creative thinkers is the main aim of education, along with encouraging children to become good citizens. P4C, if done well, has all this and more – and the children love it!

And what do the children think about philosophy?

"I asked one class of 9/10 year old children why they enjoy P4C so much. They said it’s because it makes them think, so I asked why that’s important because surely, we’re thinking all the time? One girl said that it’s important she does all her thinking when she’s young as she won’t have time when she’s older. I could see why she thought that, possibly observing the adults around her, teachers included, dashing around everywhere (take a look at David McKee’s brilliant book, Not Now, Bernard). I did ask her from what age she thinks she’s going to be too busy think and she said 15!"

In Portugal, some schools are offering #p4c to their students, as one of the many activities at AEC (in portuguese: actividades de enriquecimento curricular). "Philosophy, as well as enhancing thinking specifically and thinking generally across the curriculum, can also be seen as an ‘activity’. Children really like wrestling with big ideas, especially when we use the various tools at our disposal and I know of many popular philosophy clubs in schools. I also know of groups of schools that come together in a ‘philosothon’, a community of enquiry involving children from various schools who meet and enjoy discussing big ideas. It’s also an activity that continues outside the session and often at home as children think more about the issues raised and explore them with other people.

From a #p4c point of view, what makes a question a philosophical question? Nick Chandley reminds us of SAPERE's guidelines:

"I don’t like to use the term ‘questions where there’s no right or wrong answer’ as this could lead children to think it doesn’t really matter what you say. Of course, we’re all entitled to our own opinion but we should be encouraging children, and people generally, to examine whether what they think is based on sound reason. I like to think of philosophical questions as ones that we enjoy engaging with and which encourage us to reflect on our own experiences. In fact, the best philosophical questions, I feel, are ones where it’s difficult to avoid engaging with them. Philip Cam, in his book ’20 Thinking Tools’, introduces us to the question quadrant, a nice tool for helping children distinguish the various types of questions and to develop discussion plans. All too often, children in school are faced with what he would categorise as ‘left side’ questions, those that have an undisputable right answer. Whilst good teachers will always engage children in the wider issues, P4C gives us a methodology and a structure to develop this across the whole school."

When asked about the biggest challenge that  #p4c faces, nowadays, Nick anwers: "In these days of data-driven education, one challenge is that the impact of P4C is often difficult to quantify in the terms that the policy-makers demand. There are studies that show its effect but unfortunately, until these effects are statistically measurable in core subjects such as English and maths, P4C is likely to remain a marginal subject. Recent research has linked P4C with improved attainment in English and maths, with results so interesting that the EEF has recently announced another, much larger study of up to 200 primary schools, so we will await the outcome of that project. In the meantime, however, the UK has many, many headteachers that see the benefits and invest both money and curriculum time to embed it in their school."

Can you give the teachers and the parents some kid of advice to help them deal with the children’s questions? "Simply be interested in and listen to the children and help them explore their ideas through the use of Socratic questioning – asking for clarification, examples, reasons, similarities & differences, alternative viewpoints, connections, questions etc. People on my courses must get fed up of me saying that the children are the teacher’s best resource but it was John Dewey that said, in My Pedagogic Creed, ‘The child's own instincts and powers furnish the material and give the starting point for all education’.

Did the children ever surprised you with a question? Can you share that question with us? "I work regularly with the BBC and one of their producers, Katy Hall, came to observe a session with some 7/8 year-old children, a group I’d been working with for a number of years, as research for a new programme they were making. I did no preparation and didn’t bring anything for the children to think about – no story, picture, video etc, I just simply asked them what they’d really like to talk about. One boy said we should talk about ‘life’ so I asked them what specifically about life they’d like to talk about. They thought about it for a minute or two and decided they’d like to discuss ‘why is life so unfair for normal people?’. A great question and some very sparky discussion followed but I was so proud that the children were so mature and thoughtful. We should never underestimate children’s ability to think but we should give them time to do so." 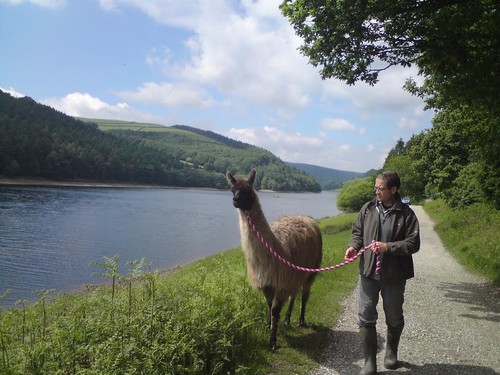