Can you recall the first time you heard about philosophy for children (p4c)? "On 2000 I was giving a series of workshops on at a local college in Israel, something I thought was revolutionary... philosophizing with children.one day the department chair came to me and said: someone named Anne Sharp is coming to Israel for a conference, I want you to go and meet her. Since then my life had changed."

How did you started working with p4c? "So I met Anne and it was a "click of first sight" – she told me I reminded her of herself many years earlier, and told me about the EdD program and suggested I will apply. I didn’t think much of it, as I just completed my MA in philosophy and wanted to chill out from school. But something resonated. I submitted my application, letters, interview and language exam and a year later, 3 weeks before September 11th I landed in Montclair for the EdD program. There I began practicing the original program in Edgemont, with David Kennedy as well as in the Gifted and Talented program at MSU over the weekend. At that point a couple of mothers approached me asking if I can work with their children privately, as a philosophical mentor, and of course I did."

"Yes. Absolutely. With the right facilitator it is a safe space to explore one's ideas and believes. This is in addition to Lipman's and Sharp's claims regarding the importance of developing the 3 C (Critical, Creative and Caring Thinking) through philosophizing. Finally, and perhaps most importantly, it is a powerful way to provide meaningful learning experience, i.e. one that is based on the learners' interests and curiosities, as well as enabling working both for one self (introvertly) as well as with others (extrovertly) and by that emphasizing these two necessary aspect of thinking."

"Well, first there is no "should" – I think it is really depends on the context, at the end of the day. If the schedule is too busy then perhaps adding yet another activity can be overwhelming and subsequently counter productive. Philosophy is an activity that has to take place in an atmosphere of leisure in terms of time, i.e. no pressure, deadline and business.

As for the question: I think philosophy (not necessarily P4C as a © program) is the founding father of humanity, and these days that everyone goes corporate, it is crucial that we sustain the cradle of human thinking and continue nurture this aspect within our children.

With that said, I do think that doing it only as an intellectual activity is a mistake.

Children are already – at least in some countries – occupied with an increasing number of hours of academic, while subjects like music and art are disappearing from school. So having philosophy right – in my view – is about encouraging thinking through dialogue (inner and with others), exploring options and alternative, but that can – and should – happen through additional ways to intellectual conversations."

How is P4C developing in your country, Israel? "I know some practitioners are doing philosophy – again, not necessary P4c, but versions of it on Judaic texts (Jen Glazer, Talia Birkan). Unfortunately we still didn't get the chance working together as we all so busy in Israel….also, I read at the paper a couple of years ago that the ministry of education is planning on implementing philosophy in all school, but like everything with politician and administrators. None of this has happened – yes.

"Like all "adds on" program, I think its threat and challenge is to enter schools that are so busy with academics and standardized governmental texts. I also think that in some countries (I worked in the US for many year, didn’t experience this issue as I do in Israel) is an anti-intellectual mentality among teachers. Another challenge – again, cultural one – is that at least in Israel we experience a lot of "disciplinary" difficulties in super packed (over 33 students) classroom in which at least 33% are on Ritalin or super wild (as in breaking door or tossing chair on a teacher). That is of course not always the case, but when it is, it is a challenge to conduct a peaceful conversation in a class with no place to sit in a circle…."

"Remain open and in fact encouraging, never think any question is "stupid," "silly" or "irrelevant" – even if it’s a question about the illustration or the font size. Furthermore, if the child doesn’t ask, ask her yourself. And I think most importantly is not sticking to our own way of thinking, as "books are the number 1 tool to develop curiosity among children" – wrong! Computers games can be great tool also! Any game, and day trip with the family can become a narrative. And of course eating diners together…"

Did the children ever surprised you with a question? Can you share that question with us? "It happens to me with my own children every day, cant really think of one example right now." 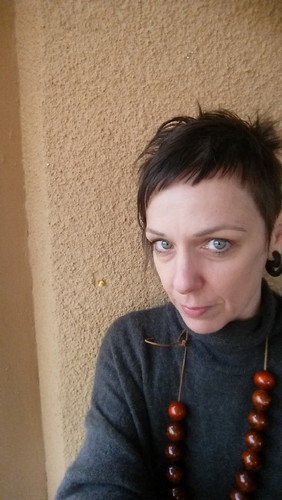 Dr. Sheinbein-Levanon is Lecturer at BBC's Department of Education. A large piece of this position includes mentoring pre-service teachers during their last year as students. She is also a Program Developer at the Teacher Leadership Project at the college's Center for Professional Development, Merkaz Keshet. Prior to this position Dr. Sheinbein-Levanon was an instructor at a Graduate teachers' program at National Louis Univesity's interdisciplinary studies in curriculum and assessment, a unique program that aims at teachers finding their unique voice through action research. Her expertise include but not limited to Community of Learning, Learning Circle, Dialogical Pedagogies, Philosophical Education with both children and educators, and Journaling. Dr. Sheinbein-Levanon is an experienced instructor in both face-to-face model as well as in online learning, with pre-service, in service teachers, and children. She appeared in multiple international conferences, where she presented her own work as served as a committee reviewer as well.

[bolds are my responsability]