Laurance Splitter: "(...) we need to take their questions seriously, and check with them before assuming we know exactly what they mean."

Laurance Splitter is a reference to me and to all of you who study P4C (philosophy for children). Laurance has been working in this area since 1983/1984 and I'm really used to quote him on my academic work.

I feel like a real rookie, next to professor Laurance. Laura D'Olimpio encouraged me to write to him, so that my blog could share with you another point of view from someone who practices #p4c, for such a long time.

Can you recall the first time you heard about philosophy for children (p4c)? "I think it was early in 1982. I met Matthew Lipman later that year when I was taking Sabbatical leave in the USA."

And how did you start working with p4c? "In early 1983, I contacted the state government at the time, and showed them some of the original p4c materials written by Lipman and Sharp. Their unenthusiastic response taught me that this is the wrong place to start! So I began contacting schools and teachers and arranged to sit down with primary school children in 1984 so I could claim at least some experience of doing philosophy with children, not just talking about it. With several other volunteers, we formed the first national p4c association, based in Sydney, Australia, in 1985, at the first “teacher educator” workshop which I organized. Matthew Lipman and Ann Sharp directed this workshop, and participants included philosophers, principals and teachers from around Australia. These people were instrumental in setting up local associations and networks in their own regions over the next few years, leading to the establishment of a national federation in 1990. One thing I realized early on is that despite my own passion and commitment – indeed, because of them – it was important to set up state and regional organizations which were reasonably democratic and would outlast the particular individuals who served on them. P4c should never be any one person’s “pet” project."

In your opinion, what is the most important skill that a P4C teacher must have? "Along with such attitudes as a love of philosophy, a good degree of intellectual humility, and a commitment to teaching young people to think well, I think there are several key skills which are equally important, including: listening carefully, asking appropriate questions at the appropriate time, and developing an “ear” for what constitutes a philosophical direction or focus. Although it is not the teacher’s primary task to provide answers to philosophical questions (even if she thinks she knows them!), this philosophical “ear” usually requires a degree of familiarity with philosophy, so that one has a sense of the great dialogical tradition that children are invited to join. In practice, this is not always possible for classroom teachers, so it helps to have experienced philosophers on hand as well. Conversely, professional philosophers may not be particularly good teachers so, ideally, it is great when teachers and philosophers can work together."

Do you think p4c is necessary to children? Why? "Interpreting “p4c” broadly to mean “doing philosophy with children and adolescents”, I certainly think it is important. Since many children survive in the world without much – if any – contact with philosophy (especially if their own philosophical musings are ignored), it is too strong to say that p4c is strictly necessary. It is even possible for young people to grow into thoughtful, reasonable and respectful adults without the benefits of philosophy, but this is much more likely if they have had the benefit of being members of a community of philosophical inquiry. I say this because, in my view, such a community empowers children to think conceptually and, thereby, to appreciate the ethical, logical, metaphysical, epistemological and aesthetic dimensions of their experiences."

What makes a question a philosophical question – from a p4c point of view? "We seem always to come back to this “meta” question, partly because it is important, and partly because we keep rethinking the answer! As tempting as it is to refer to such features as openness, having no (universally accepted) answers, etc., I no long favour this approach, just because they are features of any kind of genuine inquiry, whether philosophical or not (scientific or historical, for example). More precisely – since others will point out that scientific questions do or will have accepted or settled answers, at least in the scientific community – I think that a good teacher of inquiry-based learning and thinking knows how to create the sense of openness – even tension – among students that comes from feeling unsettled or puzzled by the questions they explore. Coming back to the question, I tend to fall back on the idea that philosophical questions are those that deal essentially with concepts and their meanings."

What’s the biggest challenge p4c faces, nowadays? "I am not sure if there is one universal challenge, as a lot depends on time and circumstance. Still, I am tempted to point to the relatively recent and alarming rise in “populist” thinking that is evidenced by recent political events. Populist thinking tends to downplay such norms as reasonableness, truth and judgment in favour of looking to those who promise quick and easy solutions to problems. As the term suggests, it makes the terrible mistake of assuming that the most popular answer is the best answer, no matter if it is shown to be false or contradictory. In such an environment, many people will simply have no time or patience for the kinds of careful and deep deliberation that philosophy requires, or for the crucial idea that there is nothing noble about absolute certainty. Of course children will still be curious and ask lots of questions, but the adults who govern their lives have the power to deny them the opportunity to do philosophy, by discouraging their questions, demanding unquestioned obedience, and pushing a “dumbed-down” curriculum in schools and classrooms. There is a positive dimension to this issue. IF more children engage in philosophical dialogue and inquiry, the chances are good that they will develop both the skills required to think well, and the dispositions that accompany them, including a concern for the truth (and for telling the truth). Such children are unlikely to become “populists”!"

"Some questions require, or deserve, straight-forward responses (“Is Grandma coming today?”, “Is it ok to cross the road now?”, for example). But both in philosophy class and in ordinary life, those with a philosophical “ear” (as noted above) can often discern that children’s questions provide great opportunities for thoughtful discussion. In these cases, it is neither necessary nor desirable to simply “answer” their questions. As other writers have pointed out, children’s questions are often “invitations” to “play with” ideas and thoughts. Since most such questions already reflect a good deal of thinking on the child’s part, one good strategy is ask them, in turn, “What makes you ask that?” or “What are you thinking about here?”

More generally, we need to take their questions seriously, and check with them before assuming we know exactly what they mean. As for sharing our own views on substantive issues with children, I think it depends on the extent to which they have mastered or internalized the tools of deliberative inquiry. For example, if they are satisfied with what we say simply because we are the “clever” adults in charge (as teachers or parents), then they are not yet thinking for themselves."

This is one of my favourite questions, because I think we all have curious stories related to the children's questions. Laurance, did the children ever surprised you with a question? Can you share that question with us? "This is an empirical question that relies on my having a decent memory – something about which I am no longer so sure! But I will always remember one particular question that came up during a fourth grade class demonstration which was actually being videoed for television. It was one of my very first experiences doing philosophy with 9 year olds and I was quite nervous, particularly because the cameras were rolling throughout the lesson. We read a chapter from Matthew Lipman’s novel Pixie which raises all kinds of metaphysical issues to do with relationships, mind, space and time, etc. At the end of the reading I asked the kids if there was something they found especially interesting or puzzling – and was met with complete silence!

I have learned since then that silence can, indeed, be “golden” but back then every second seemed like an hour, and still the students seemed to have nothing to say. Finally, much to my relief, one child put his hand up. His question: “What’s that funny mark at the bottom of the page?” (pointing to a smudge made by the photocopy machine). What to do with such a blatantly non-philosophical question? Simply answer it? Ask if anyone else can answer it? Ask the questioner what made him ask that question? Fortunately, I opted to take his question seriously and wrote it up on the board with his name next to it. I explained that all questions are welcome and that this was his question which he was kindly giving to the class community. At that point several others raised their hands to ask questions which lead to some great dialogue; but they had been encouraged by that student’s willingness to break the silence and ask the first question.

⚠️ bolds are my responsability 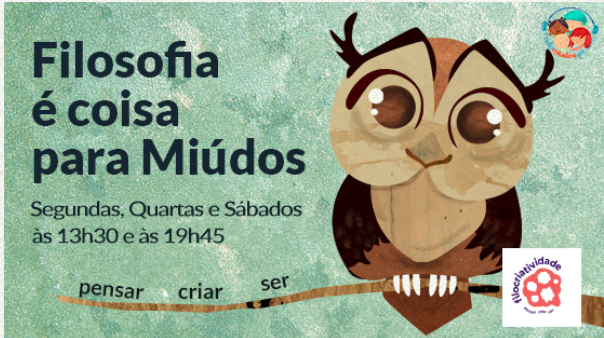