Bob House: "For me the most important thing is to surface the concepts behind the question."

I met Bob House on the internet and from his work at SAPERE. Bob spent 25 years in business and ended up leading a team of management consultants in London. He was chief executive of SAPERE from 2012 – 2016, during which time he tried to introduce a stronger commercial approach to the organisation as a way of promoting P4C. He now remains involved with P4C, mostly internationally and is helping to develop P4C China with an international school group in Shanghai. He is also helping create a charity that will provide accommodation for students and teachers in remote rural areas of Nepal (please take a look at http://www.solukhumbuschoolstrust.org/ ).

One of the thing’s Bob is proudest of from his time at SAPERE is his involvement in setting up the P4C International Community of Enquiry. To know more about this, please check out this two links:

Can you recall the first time you heard about philosophy for children (p4c)? "The first time I heard about P4C was in 2011. I had just finished a 25 year career in business and was looking for a role in the charity sector.  The opportunity came up to become involved with SAPERE.  At first the term “Philosophy for Children” sounded a bit elitist to me.  But when I discovered that research suggested it had a particularly beneficial effect on less-advantaged children, I became more interested.  Over time I think it is fair to say that my interest grew into a passion to see P4C used as a way to tackle disadvantage and unequal opportunity."

How did you start working with p4c?  "I originally worked with SAPERE on fundraising and project management.  Not long after I started, the position of chief executive became vacant and I took on that role for the next four years.  For most of that time I focused on commercial and organisational aspects of P4C in the UK.   At one point, though, we desperately needed someone to help with P4C facilitation at the new secondary school in North London.  I thought that I could have a go at doing this myself and so I did weekly sessions with two groups of 12-year-old boys there for about six months.  With no prior teaching experience it was a much bigger challenge than I expected, especially on behaviour management, but it was also the best learning experience I could possibly have had with P4C. My respect for teachers (most of whom facilitate P4C much better than I ever did) grew enormously as I saw how tough their job can be."

"I don't think I would say that P4C is strictly necessary for children but I do think it is extremely helpful.  I think it has an unusually strong capacity to help children develop personally, socially and intellectually at the same time.  The benefits in terms of reasoning, communication, collaboration and exploration of values are substantial.  I think a really talented teacher can do all of these things without the need for P4C, but for the great majority of teachers it provides a wonderful framework to achieve these benefits with their classes.

Right now, in the UK and in much of the western world, I see a particularly important role for P4C in helping to tackle extremism.   It is well established that young people become vulnerable to radicalisation if they are marginalised in society and if they do not have the capacity to question and reason well.  Through the community of enquiry, P4C has a special ability to tackle these challenges. Even if P4C conferred no other benefits, for this reason alone, I would strongly advocate that all young people should have the opportunity to experience philosophical enquiries, all the way through both primary and secondary school levels."

How is P4C developing in your country? "I think it is fair to say that the UK now has the most developed presence of P4C in the world.  I would estimate that over 30,000 teachers have had P4C training in the UK.   Over the last 25 years, driven by an inspired group of founders, SAPERE has managed to create an extraordinarily strong network of trainers and teachers who are both skilled in and passionate about P4C.   Whilst there have been periods of tension over SAPERE’s history, the ethos of collaboration has generally remained strong. There has been a clear sense that the whole is greater than the sum of the parts, a willingness to accept different views and a sense that SAPERE is more of a movement than just an organisation.   If I had to single out the two most important factors they would be these:

The standard of SAPERE’s training, and the way its network of trainers is managed, is of outstandingly high quality.   I think SAPERE’s unique achievement has been to keep both of those things in place as it has grown.   Recently this has been rewarded by some very well publicised EEF research in the UK and its impact on educational attainment.  This has resonated around the world and is certainly helping to drive higher and higher levels of interest in P4C.

In my view there are two types of philosophical question:

The interesting thing about this definition is that almost any question can be considered philosophical, if the ensuing enquiry is handled in a philosophical way.  I therefore tend to think that it is the facilitation and discussion that determines whether a P4C session is philosophical, rather than the specific question that the group chooses to focus on.   Sometimes I think there is a little too much emphasis and even concern about the type of question the children come up with, and perhaps not quite enough on whether the group dealt with the question philosophically."

Can you give the teachers and the parents some kid of advice to help them deal with the children’s questions?

"For me the most important thing is to surface the concepts behind the question.  By doing this explicitly, the questions become richer and the children have better hooks to use in their enquiry into the question.  I found that a useful technique was to ask each student to identify a single concept from the stimulus and then to write them all up on a whiteboard.  You can then ask the students to include at least one of these concept words in their proposed question.   A second useful technique is then to group these questions on Phil Cam’s question quadrant, and to ask how the group could adapt the questions to make them more philosophical.   You wouldn't want to do this every time as it can take up quite a lot of the session, but it is a useful technique to develop in some sessions."

Did the children ever surprise you with a question? Can you share that question with us? "Yes they did, and by most standards you would not call it a philosophical question.  I used a stimulus about video gaming hoping that the question might look at issues of actual versus virtual reality.  However the question that came up was: “Which is better? The Xbox or a PlayStation 4?

I thought the session was likely to be a disaster until we started to enquire into ways in which the class could make a judgement about the question.   This led to a consideration of the criteria on which one could make that judgement and the evidence and information that would be needed to do the assessment.   In my view, that was a great example of metacognition.

There was no doubt that for that particular group of boys, this question did indeed prove central, common and contestable.  According to the definitions that SAPERE offers in its training, that made it a philosophical question. Unsurprisingly the class never reached a consensus on the answer – although a few on the boys did waver on their original convictions." 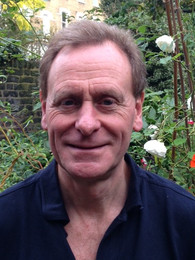