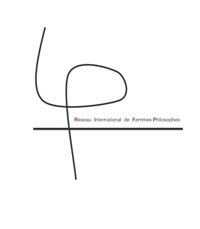 The International Network of Women Philosophers was created within the context of UNESCO’s implementation of its Intersectoral Strategy on Philosophy, as adopted in 2005 by the Organization's Executive Board during its 171st session. The Network aims to:
Strengthen exchanges and solidarity among the women philosophers of the different regions of the world.
Help break the isolation, notably by creating ties, for instance through a system of tutoring, of women philosophers, philosophy students and professors, researchers and research teams needing support.
Facilitate the spreading of the work and the circulation of the publications of women philosophers around the world.
Support active increased participation of women philosophers in various philosophy colloquia, symposia, seminars, congresses and conferences throughout the world.
Foster cooperation with other networks, such as research networks, universities, research centres, specialized philosophical institutions, NGOs, etc. We wish to emphasize the role of prime importance to be played by all of UNESCO’s partners, as well as by journalists and the mass media. It is up to them to encourage and spread the work accomplished by women philosophers throughout the world.